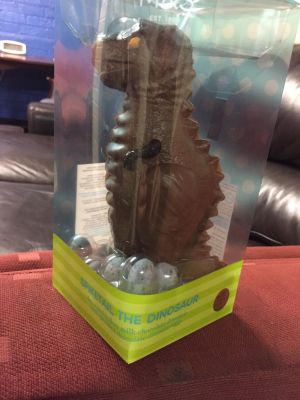 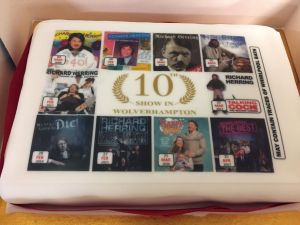 Before I’d left home yesterday I had promised my daughter I would bring her an Easter egg upon my return. And though I am not sure at 26 months that she will remember or understand such promises (though actually think there is a good chance she will) I went out into Leeds to look for something suitable this morning.  Weirdly there was not a good selection in the places I went. Even Sainsburys only seemed to have a very few, very specific eggs, including loads of massive Double Decker eggs, which were too big for a child and also contained Double Deckers. I just wanted a small chocolate buttons egg as a small first gesture towards Easter. But I couldn’t find one.
I thought I’d surely be able to buy an over priced egg at a service station, but we stopped at Tibshelf and I was astonished to discover that no eggs were stocked at all. Was I in a weird part of the country where people don’t celebrate Easter, or just an unusual service station which refuses to allow commercialisation of religious festivals.
Weirdly as I went to the loos I passed an empty shop space with a forlorn Christmas tree sitting in it, surrounded by presents and bin bags. What was going on here?
Why hadn’t they got rid of the Christmas tree and why was it out at Easter? And why were their no eggs?
We arrived in Wolverhampton early, and though I have always enjoyed taking the piss out of this strange town (today I remarked own Twitter that it was just an upmarket Loughborough), it did seem in direr straits than usual. There were lots of boarded up shops and advertising hoardings that had remained unchanged for so long that their adverts were peeling off.
I walked into town looking for an Easter egg and sadness hung over the shopping centre palpably. I finally managed to find an M and S and bought Phoebe a chocolate dinosaur. Though I was sad to see that nowhere on the packaging did it mention Easter. Do people not remember the meaning of chocolate dinosaurs any more?
As you may recall I always dream that one day in Wolverhampton I may get to play the main room, with its dressing room complete with jacuzzi, so I can have a whirlpool bath in the same place as no doubt loads of 1970s sex crimes were committed. It’s not looking good for me though, as numbers had declined this year. I hadn’t even sold out the Slade Rooms. I may have to return to the tiny venue above a pub that I first played when I came here.
But Phil who works here is a lovely man and a big comedy fan and is always very welcoming. This year he had had a special cake made for me celebrating the fact that this was the 10th  consecutive year that I had played at one of his venues. It was both a thoughtful reminder of years gone by and a stark piece of evidence of how slowly and little my  career has progressed. It had all the posters of the last ten shows on it. I ate the Oh Fuck I’m 40 poster. I wondered if eating my 40 year old face would actually imbue me with the powers of a 40 year old. But weirdly I also ended up eating a cake with picture of me holding a big cake. And even more weirdly the cake actually tasted of cake. I mean how do they do that? Willy Wonka, eat your heart out.
It was a slightly tough gig to play, maybe because I was weighed down with my face cake. But the second half seemed to go well and any feeling that the first half was a bit more of a struggle was probably caused why the discombobulation of playing to 420 people one day and 130 the next. UnusuallyI also drank a beer during the second half. Maybe that’s why I felt like I was funnier.
I laid into Wolverhampton at the end and the Wolverines loved it. I should have, of course, done this at the top. This is one of the places where they love to have their wonderful crapness thrown back in their faces.
It was nice to be heading home with most of a cake and a chocolate dinosaur knowing that I’d get Sunday with my family and presumably eating some cake and dinosaur with them.