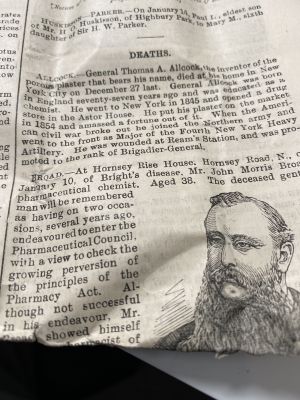 I attempted to explain on Twitter why the stand up circuit was in crisis and might not be able to return in its previous strength if the government doesn’t prop the industry up. I got so many people with no experience of my profession explaining my life to me, that I felt like a woman.
It was sad that the Titanic sank but I just thank god that the captain didn’t have Twitter and this have to endure 1000 people who’d never been to sea telling him how to plug the hole. Lucky dead, Twitterless Captain Smith.
I don’t know when comedy clubs will be able to reopen and it seems there is a chance that 70% of them will not return. If that’s the case then the vast majority of comedians (most of whom rely on club gigs to make a living - the people you see on TV/Netflix are the exception) will lose all their work. And without these clubs a whole generation of comedians will have nowhere to learn their craft and this will lead to no new comedians breaking through and a whole branch of comedy crumbling. People can carry on online of course, but that requires time, money and being able to work without getting paid. And people who have worked for decades to become brilliant at a specific type of comedy will lose their livelihood. It’s very scary and it will have a huge impact on an important industry if nothing is done.
I know that a lot of jobs and professions are at risk, but I hope you will feel this is a cause worth supporting. Sign here and tweet about it.
I am one of the lucky ones, of course. Although I miss doing RHLSTP live and have lost out on a fair amount of income this year, my online stuff is generating money and I write too. But stand ups who generally live hand to mouth suddenly and without any real warning lost all their work and have no prospect of it coming back any time soon.
I got to do a Covid 19 test today - not because I have any symptoms, but because I am hopefully recording a TV show in a studio at the end of the month and they want to ensure that everyone involved is virus free. It’s pretty unpleasant it has to be said. You have to rub the back of your throat with a long cotton bud thing, which obviously makes you retch and then stick that same bud 3cms into your nasal cavity and twirl it around. I suppose it could be worse if it was the other way round (who am I kidding? Bogies taste great), but I did not enjoy it. I think it will only tell me if I have Covid now and not if I have had it before, but I suppose it will be reassuring to know one way or the other. Though I don’t know if I lose the job if I have the lurgy. I just want to be on the telly.
And I took the leap and had a crack at a new Twitch show tonight, Ally and Herring’s Twitch of Fun in which I teamed up with an 128 year old ventriloquist doll made by his great-grandad that was once used to sexually assault me to review the day’s newspapers in an attempt to put to rest the ghosts of old and failed double acts I've been in. It’s a format that I am sure you’ve seen before, but hopefully we put a fresh spin.
I had ripped a few stories out of the newspapers like we used to in Collings and Herrin (and in Ally and Herring, I am the Andrew Collings and also even more upsettingly I am the Richard Herring from Lee and Herring - I didn’t think buy status could get any lower), but aside from that Ally and I did not collude or discuss what we were going to do or prepare anything at all, so we had no idea what each other were going to say. I was nervous about this - it could be a disaster and not in a good way, but also I felt safe that I was just dicking about in front of a couple of hundred people (though approaching 1000 tuned in for some of the hour) and if it didn’t work then it didn’t matter.
But I think it kinda did work. Certainly pretty well for a first go. The great thing about Twitch is you can have a crack and work things up and see what happens. If I do this every week then who knows where it could lead? In eight years time it might be as big as self-playing snooker is now.
It is, of course, hard to gauge how something is going down without a direct audience, though there were some positive comments in the chat room. But from my point of view I was happy. We managed to keep the conversation going and the back and forth worked well, especially given how little I have worked with Ally before.
Surely this is a double act where I can finally be in control? I am not sure if Ally has other ideas though.
If you missed it then you can catch up here but I am also going to try and release it as an audio podcast, as I feel that audio is the true home of ventriloquism.
What would my great-grandad make of all this? I am pretty sure he’d be appalled. At the end I read out a partial obituary of 19th Century druggist John Morris Broad who died at the age of 38 in 1892. I suspect no one has mentioned him for quite a while. He could never have dreamed that about 300 people would hear about a bit of his life in 2020. I hope he’s looking down from Heaven and feeling a bit confused and cross about it.