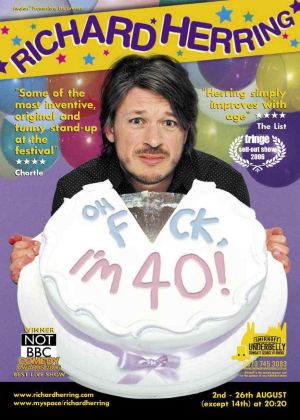 My day was utterly haunted by the mistake I had made playing my pair of 10s in the poker tournament last night. If only I had raised all in before the flop I would have surely taken it and had a chance to get into the money. It is amazing how a simple game can affect you. I felt as bad as I would if I had had an unwise, drunken one night stand - and I hadn't even got to have the pleasure of having sex. Hopefully it will not be a mistake that hangs over me for the rest of my life and by tomorrow I might stop playing the thing over and over in my head.
I had lunch in the park with my friend and her 3 year old son. The sun was out and it was a nice interraction with normality after the couple of months on the road.
The boy fell over on a concrete path and started to cry. He came back to his mum who held him tight in her arms until he felt better. That was the nice thing about being a kid. A hug from your mum could solve everything. Your mum could envelop you and you would become one and she squeezed you tight and the pain would go away.
That's one of the things you can't do any more once you're grown up and it wouldn't work anyway unless you mum had grown proportionately and was a giantess. But it was nice to be reminded of that special bond that is shattered by the arrival of adolecence and can never be the same again.
He had scraped the skin on his hand a little bit, it wasn't bleeding, but it was still painful. I had forgotten how much it hurts when that happens, as it's been a while since I regularly fell over and when I do I am usually anaesthetised by alcohol. But the memory of scuffed knees and throbbing palms came back to me too. Soon enough he had forgotten himself and was back running and chasing after the pigeons. What a self-centred and carefree life we have when we are 3. Things aren't that different when you're 39 if you're a comedian. I would chase after birds and pull my shirt up over my head in public if I thought I could get away with it.
It's been a couple of months since I have seen these friends, but last time I had told the boy that the reason I had a big belly was because there was a baby in there. Clearly this had made an impression on him, because when he saw my (slightly larger) stomach poking out of the bottom of my T shirt he shouted out "There's your baby!"
At least the increase in size helped to bring off the lie and I could tell him I was just further along in my gestation period (because, naturally, he would know what that was).
I told him the baby was reluctant to come out and was insisting that I fed it on beer and crisps, which at least isn't a complete lie.
I wondered what kind of psychological effect this pretence might have on the youngster. I suppose one more lie on top of all the other stuff we tell our kids is not going to hurt, but I was glad no-one in authority stopped to enquire why a 3 year old boy I was not related to was fondling my stomach in public. "But officer, there's a perfectly innocent explantion..."

The gig in Shoreham-by-Sea went well tonight though when I got there I had been worried. It was run by some rather genteel and sweet looking middle-aged people, who were asking me if I would mind drawing a raffle after the interval. How was my stories of stigmata rape and child murder going to go down with these people?
As it turned out though, although some of the routines were clearly a bit too much for certain members of the crowd, most people seemed to dig it a bit. In the interval, the very polite woman who had greeted me came in to tell me she found some of my material extremely challenging, but seemed to enjoy it for that. After the show, the man who had shown me to my dressing room who looked like a village headmaster, told me that he was an atheist and had been delighted to see me kicking it to religion. So never judge a book by its cover.
The event was sponsored by a firm called "Capital Solutions", who were in and watching and I worried that they might be upset by some of the things they were sponsoring. Especially when I suggested that their name should be stencilled on to the tiny golden boy's anus on Jesus's rectum or that by sponsoring the event they were agreeing with everything I said, even the bit about all Black and Asian people being deported. Luckily they saw the funny side and all that went very well.
I didn't draw the raffle, but was able to come on after it and say that it was the most effective rejoinder possible to my Jesus material, making me feel and look pretty foolish. "Yes, he's done all that childish, stupid material, but let's just carry on with our raffle and let him see that we won't be swayed from our lifestyle."
All this made for a fun atmosphere in the second half particularly (though I have to say that I don't think the Hand Job routine has ever gone better - one woman in the front row was in pain from laughing, which just made me laugh too). The whole thing was slightly surreal and I began to question whether this whole thing wasn't an elaborate practical joke. I had never heard of Shoreham By Sea before and it seems like an odd name for a town. If it is by the sea, surely there is no reason to put that in the name. It is self evident, both to the visitor and anyone looking on a map.
The venue was clearly brand spanking new. Had the whole town been constructed, just to trick me into performing there, but it was like the Truman Show and all the audience were actors and soon Ant and Dec would leap out saying, "Didn't you suspect anything when they put on the raffle?"
To add to the surrealism, as I was signing autographs afterwards a small man who looked like Preston off of Big Brother, only smaller came up to buy some DVDS. "Can you sign them 'To Preston'?" he asked. It was actually Preston. But in fact the same size as Preston. Who is smaller than I imagined. Just as I am smaller than most people imagine me to be. Luckily I didn't blurt this out, so he will never know that I think he is smaller than he looks. Because although he obviously likes my work, he will never think to read this.
He was very charming though and he is my most famous celebrity fan. i hope that he watches the DVDs with his wife.
Again I suspected that this was the point that Ant might jump out, having set all this stuff up, not for a TV show, but for his own personal amusement (he has to spend his millions somewhere - I remember when he was just PJ and jumped out of a box at my bidding, but those days are gone). But neither Ant, nor an ant, nor Declan Donnelly were there.
I drove home. Getting a bit lost along the way and having to do most of the journey down dark country roads, feeling tired because of the lack of sleep I had had thinking about my misplayed 10s. Life can be bizarre. If only I had a giant mum to hug me better.

Oh yeah and the leaflet copy is through. You can see it above. And all the press for YCCYF is up in the downloads section - mostly good, though the People didn't like my arse. Which is true of people generally I think.