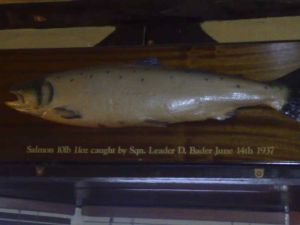 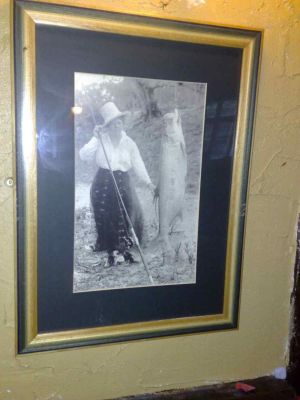 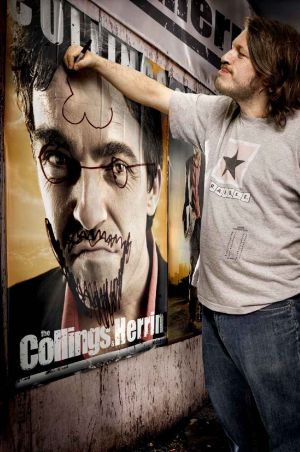 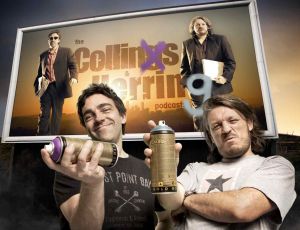 I was at a pub in Thames Ditton tonight. There was a lot of fishing memorabilia on the wall. The first thing that caught my attention was a big salmon from 1937, preserved for all time on a little plaque (and I presume treated in some way to stop it going rotten or smelling in the last 70 years. I wondered if it was just a copy of the fish, made out of plastic or bakerlite (whatever that is) or something, but decided it was probably an actual fish, covered in varnish or something. I don't know. You don't come here for advanced taxidermy. Maybe you do now I have mentioned it if you've just googled "advanced taxidermy". Sorry for wasting your time.
It seemed funny to me that a fish from seven decades ago was still around today, embalmed like a salmon Lenin. Perhaps that's why he was up there. He'd been a big fish (literally in every sense) and brought about big political changes for salmon and all fresh water fish and so he was being kept preserved as a reminder and inspiration to all his species. In which case it was a shame he was being kept inside, away from water, in the fresh air. But you show me a taxidermist who is capable of keeping a dead creature preserved underwater and I'll show you my cock. The stuffed cock that I taxidermied a few years ago. I am no expert but it's held up pretty well. You know, for a severed penis.
I looked closer at this massive, ancient fish (how many salmon generations has passed) and saw that underneath was some writing saying "Salmon 10lb 11oz, caught by Sqn Ldr D Bader June 14th 1937".
So it wasn't that the fish was famous, but instead the man who caught it was the notorious one. I am assuming this fish was killed and stuffed by the Heather Mills of his day, Douglas Bader (and he lost both legs and never made a fuss about it, or went on about his charity work or married a Beatle - that's how the limbless should behave!)
Bader lost his legs showing off in a plane (apparently writing "Bad show" in his diary - you've got to love him), but went on to fly fight in WWII and apparently go fishing too. So the fish has ended up immortalised not because of anything it did (apart from eating the wrong worm) but because of what his murderer did. It's strange how some people feel comfortable with keeping and exhibiting dead creatures. Yet if anyone had suggested Bader's legs be stuffed and embalmed and put on the wall of a pub then everyone else would be up in arms about it. And probably kick him down the road. But wouldn't Bader's legs be a more fitting memorial to his life. I bet his false ones are on display somewhere, so why not his real ones. If a bit of me ever gets chopped off, then I would love to have it stuck up on a plaque on the wall of a pub. I know a museum where they're interested in exhibiting what you're thinking of, if you're ever enough unlucky enough for that to happen to you.
There was also a photo of a posh woman in a funny hat holding a rod, with another gigantic fish on the end. Neither fish, nor woman are around any more and nor, I suspect, have they been put in formaldehyde and preserved. They're both gone and all that remains of them on public display is almost certainly this photo. From the whole life experience of both woman and fish, this is the instant that is still around for the people of the future to see. All we will know of that woman is that she once caught a big fish. All we will know of the fish is that it once got caught.
We can probably imagine what life the fish had, but beyond the fact that the woman probably liked to fish (unless she was posing with someone else's catch) and had an odd taste in millinery.
I also wondered what people in the distant future might make of this picture, if it were to survive. If you lived in a world without fishing - maybe even a world without fish - this photo looks, in a sense like two unusual friends choosing to pose for the camera. What stories would they make up to explain it? Would they be able to make any sense of it? Would you even be able to imagine that someone would be so proud of killing something that they were happy to stand alongside it and record the moment, that that would be the only moment they would be remembered for? What an odd concept it is. I hope the photo is the last vestige of the human race. That nothing else makes it through and that the aliens picking over the charred remains of the earth only have this photo to make sense of what happened here.
Better still, let's hope that the latest couple of photos from the genius brain of Steve Brown of me and Andrew Collings are all that survives. Make sense of that alien-os!
That is my wish. May God in his Heaven above make it so.