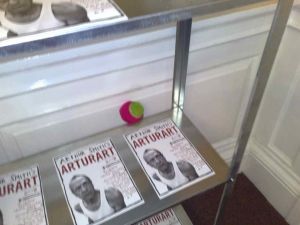 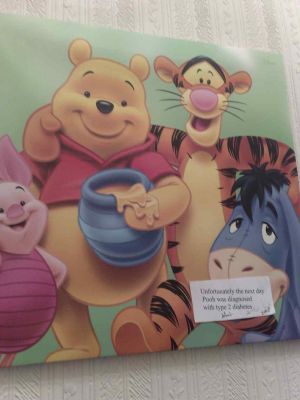 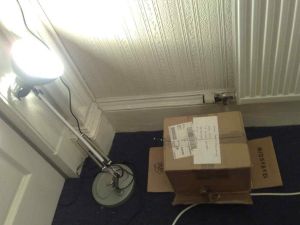 I spent a good proportion of my day trying to promote my extra show (Weds night, 7.30pm, still a few tickets available - 179 as of first thing this morning). Firstly I had to buy a stapler and attach my flyers to the piece of paper giving details of the extra gigs (plus quotes from my reviews). I probably did a couple of hundred in an hour as I sat drinking a coffee in the shopping centre. Then I trudged up to the Pleasance to spread the word.
Flyering one's own show on one's 17th Fringe gets one of two reactions, either surprise or admiration, though one suspects both reactions are tinged with a little pity - "Why are you flyering your own show?" I was asked a few times by incredulous punters. "Because I am too cheap to pay someone else to do it," I replied. Though there is only a tiny amount of truth in that gag. I think it is more effective for me to do an hour or so than to pay someone who doesn't really care about the show and who is flyering for 18 other comedians at the same time to do it.
Plus it's fun to go old school and flyer again, if only for a day or so. I know that it would be a tedious chore if I had to do it every day, but half an hour here and there is easy and fun and I have definitely seen people I have flyered coming to the shows on other occasions this year.
I don't mind performing to a small audience on Wednesday - it will be better than not doing it at all - but I would like more than six people if possible.
I walked round to three or four of the other venues and passed out more leaflets. I liked being a bit selective about who I gave them to and only handed them out to people I liked the look of on the streets. I saw a man stopping his trip somewhere to stroke a cat, which he did thoroughly for a good thirty seconds and I thought any man who would stop to share some time with a cat that he didn't know must be OK and I gave him a leaflet. Of course he might have been some kind of illegal furrier looking for strays to make a coat out of. But even so, I'd still quite like him in my audience.
After two hours of trudging I got tired and headed home - so kudos to all those many people out there who leaflet for many hours a day for shows that they're not even in for next to no money, as well as to the many acts who are keeping it real and doing their own flyering - but on the way stopped off to have a look at Arturart, Arthur Smith's art exhibition on Queen St. I am very glad I did. It was both hilarious and slightly beautiful. If you go do fork out the money for the audio guide, which is not only informative and funny, but gives you the location of some hidden sweets. The building contains a lot of artistic works put together by Arthur and a variety of other comedians, most of which are not only funny, but actually stand up as artistic pieces. "Even Gloria Gaynor will not survive" says one piece. Another by Shappi Khorsandi called "First Portrait of My Son" is a framed pregnancy test. That is not only slightly beautiful and poignant, but if Tracey Emin had thought of it it would be worth millions (I think the piece was actually for sale at Â£2.5 million pounds if you want it, which is a good value for it).
I don't want to spoil it too much by telling you what is in there, but if you're in town do pop down. I have included a few pictures. The one of Winnie the Pooh is hilarious, but with a certain poignancy as I believe Arthur is diabetic. But like with all great art being at the exhibition had made me start to look at the world and its mundanity in a different way and so tiny details became fascinating, like the coloured tennis ball jammed in one of the display cases, incongruous, but suddenly interesting. In the hall on the way out, under a standard lamp was an upturned cardboard box and I wondered if it was an exhibit or just a discarded former container of leaflets. I suspect it was deliberately placed there, but the fact that I was even considering this as possible art meant the exhibition had done its job.
I left the building feeling invigorated and happy and loving life, even though it was pissing with rain. The world is a much better place thanks to the existence of Arthur Smith.