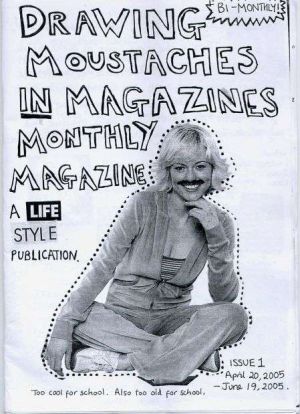 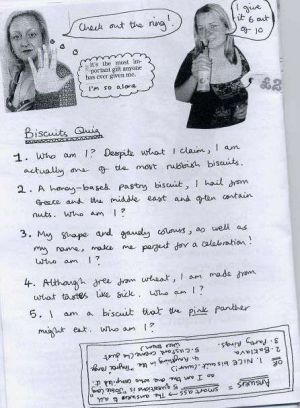 I would firstly like to wish a happy birthday to my great friend Tristan Harvey-Rice. He's a bit scared because his birthday falls on Friday 13th this year and he is afeared that bad luck might befall him. But with my curse-lifting lucky charm I shall protect you Tristan, even if you do have the poshest name that has ever existed in the world.
I was down in Crawley tonight performing in a small room with old fashioned curtains in the Hawth theatre. Josie Long was on. I'd last seen her when she was on after me at the Pleasance when I did Christ on a Bike. She was good then, but she's even better now and well worth checking out. In spite of being championed by the grumpy opera director Stewart Lee (and in my heart I am obviously jealous that she gets to travel around with him to gigs, instead of me, like it used to be in the old days, so I wish she was rubbish). The patronage of the Christ hating comedian would be the kiss of death to most comics, but she has overcome the curse of Lee. She has some very original routines and an overwhelmingly charming persona (which is the same on and off stage). Not many people would have spotted the humorous potential in the fact that George Stubbs spent 30 years painting horses being attacked by lions. But she did spot it. And is very funny about it.
She also gave me an endearingly shoddy and low-tech magazine that she had put together which had me chortling away in an embarrassing fashion. It invites people to photocopy it, so I've put up a few bits on here. I like her page about how to behave on the tube, which she photocoied and put on every seat of a tube train, when she was working in a frustrating and tedious job. It's pissing in the wind. But sometimes piss can be blown into something beautiful shapes when the wind catches it in the right way. Which makes up for the vast majority of times that the piss just blows back on to your trousers. She thinks it would be nice if other people photocopied this page and put it on the tube. So now you can.
I also liked the biscuit quiz.

Round The Horne or some such was in the main theatre. The first break at the comedy club coincided with the interval and the foyer outside was filled with middle-aged, middle-class Crawley people eating ice cream and looking slightly miserable. Couples stood side by side, long ago having run out of things to talk to each other about. So they morosely licked their ice cream. They looked like they had only come out to the theatre because they knew that there would be an ice cream to break the monotony of having to sit and watch a performance. And yet now they were at the ice cream it looked like they had realised it was not as good as they had hoped, nor worth the effort. Nothing spoke more of the human condition than those dry Crawley tongues, lapping weakly at the frozen treat. Those tongues so lacking in the joy of living that they could barely melt the ice cream they were licking. The only tongues in the world that could lick an ice cream and come back dryer than they had been before. Maybe Round The Horne is an unusually depressing play (or possibly is only depressing because it reminds the patrons of a time when there was more to look forward to in life than an ice cream in the interval), or maybe these people come to every show, hoping this time the ice cream would make the experience worthwhile. Each time remembering too late that it doesn't. And that their reptile tongue is too cold-blooded to even extract any of its sweetness.
It was one of the most unsettling and upsetting sights that I have ever witnessed. A foyer packed full of couples who have lost fondness for each other and more surprising fondness for ice cream.
Luckily the audience for the comedy was a bit livelier and we all had a good time. I wondered about making a joke about Creepy Crawley, but decided not to and to save it up for you all, as a birthday gift for Tristan.
I am away filming for a few days, so this might not get updated until the middle of next week. Don't fret. I will still be writing it.