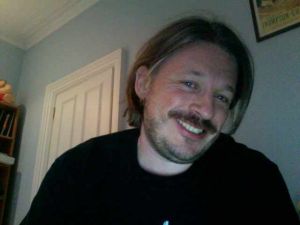 I did it. Only eight days late, I have delivered a full draft of "How Not To Grow Up" to my editor. I hesitate to say I am finished as he will no doubt have notes and there will certainly be some revisions, but I would hope no more than one days work a couple of weeks down the line. It's at least 95% there and I think it's funny (though hard for me to judge as it is pretty much just a description of my actual life) and I think YOU will like it. That's right, you.
I have stayed very close to the truth, although have fabricated or embellished some conversations to speed along the narrative. But I think that will be obvious. Emma Kennedy could never be as funny as I have made her. But all the stuff in the book I am proud and ashamed to say, actually happened. I am looking forward to pedantic Warming Up readers pointing out that a couple of the stories come slightly out of chronological order and there is an instant or two where I have used a great illustrative incident from a year of so ago and pretended that it happened at the time I am writing about. But it's important that the book is as entertaining and thorough as possible. Apart from that it's a very honest look at an unusual year in a life that is, I suppose, already quite unusual. There's some things in there that I don't really like to think about my mum reading. I may have to give her a copy with a few pages ripped out. Actually most of the pages ripped out. I might just write and publish a completely different dummy copy for her in which I spend the year in a monastery, praying to Jesus and tending to sick otters.
It's not published for a while, so hopefully I will have died before it comes out, thus saving me the embarrassment.
Anyway, it wasn't as much of an immediate relief to get it done and dusted and emailed off, mainly because I have so much else to do. I got pretty much straight on with compiling the programme for Hitler Moustache, which by the end of the evening was only two and a half pages away from completion. Then there's the small matter of writing the show itself (though annoyingly and delightfully my mind was full of ideas as I tried to sleep tonight - I didn't write any of them down though so hopefully they'll come back to me).
But I marked the end of the writing process by going down to Hammersmith at 3pm and getting my hair cut for only the second time in over two years. It had got ridiculously long and unruly and I was getting fed up with it and I also want to give the chance for my next toothbrush moustache to stand out a bit more (I think with long hair, it looked less like something you might associate with Hitler).
I have almost certainly written about this before, but increasingly, when I get my hair cut, I wish that I had had a photo of myself taken every time I had ever been to a barbers or hairdressers in my life. It would be an interesting artistic project to see both the changing hairstyles and the aging process. Also how the kinds of places you get your hair cut changes over time. It would be good to get the person doing the cutting in each picture too. For long runs you'd get the same person doing the cutting and then, from my life at least, it would veer around as I ended up getting my hair cropped as and when I could, wherever I was. There would be one photo in my selection of me with a man in a tiny little hut in Thailand. And today's photo would show me with a man called Enrique with a blue Mohican an tattoos up his arm.
When I was younger I always went to barbers, but nowadays I go to flouncy salons. That change in itself would be interesting.
But mostly it would just be a case of watching yourself grow up and then getting old. Your face slowly wrinkly, your hair going grey. Whatever style you had your hair in, your face would be the interesting thing to look at.
It's too late for me, but if you are about to take your child to get their hair cut for the first time, then take a photo. And if you can keep it up and they carry on your work, in eighty or so years you will have an amazing piece of art as well as a remarkable personal history. Please do it.
My long hair is now down to a girlish bob. It is more a relief to have lost all that bulk than it is to have finished the book. I am building up the courage to have one more crack at the moustache, though am planning a break with my girlfriend in Belgium this weekend and concerned that looking like Hitler will be a) offensive to the people of a country that he conquered and b) not exactly conducive to a romantic weekend.
This might end up being the interesting thing about this show, that I am reluctant to allow this stupid idea to encroach on my actual life, like I have been in the past. It's all very well doing a crazy stunt like this, but if it offends people you don't know and causes issues for the people that you love, then is it right to do it? In the past the stunt would have been everything, no matter what pain it caused others (or more usually myself), but now I feel the need to question the sense of sabotaging my life.
Am I growing up?
Not much, according to the book I have just written.